As skylines darken for Earth Hour, millions shine a light on climate action

On Saturday, as WWF's Earth Hour rolled across the world from Samoa to Santiago, millions came together to shine a light on the climate action our planet needs. The tenth edition of the movement's signature lights out event saw individuals, communities, organizations and landmarks in an unprecedented 178 countries and territories switch off in solidarity with global efforts to change climate change.

Taking place months after the historic climate summit in Paris, Earth Hour 2016 was celebrated across seven continents, aboard the International Space Station and served as a strong visual reminder of the globe's determination to tackle our planet's biggest environmental challenge yet. As more than 400 iconic landmarks dimmed their lights, a collective hope that our actions today can create promise for the planet and future generations shined through.

"The past 24 hours have shown us yet again the impact we can achieve when we unite for a cause," said Siddarth Das, Executive Director, Earth Hour Global. "Every light switch turned off represents a call to switch on our collective power and be the first line of defence for our planet as we form the frontlines of climate change."

As buildings in Singapore's central business district turned off their lights, people at the WWF-Singapore event came forward to "plant a forest" in Sumatra, Indonesia which lost 2 million hectares of forest to burning between September and October 2015.

Across the globe, in the World Heritage site of the Galápagos Islands, where Earth Hour has previously helped achieve a ban on disposable plastic bags and expanded polystyrene packaging, the WWF-Ecuador team centred its Earth Hour event on the theme of locally-grown produce. As an island, access to food is a key issue for the Galápagos Islands and WWF-Ecuador is also partnering with restaurants and the hospitality sector in mainland Ecuador to create awareness on sustainable food.

In Tanzania, as the world switched off, WWF-Tanzania's Earth Hour campaign brought people together to install a solar-powered water pump to serve a primary school and local dispensary in the Temeke Municipality.

"As new climate records are broken month after month, the record-breaking participation of Earth Hour reminds us that we are also witnessing mounting momentum to change climate change. The grassroots are meeting the governments in their ambition for strong climate action, sparking hope for the future we can shape for generations to come," added Das.

These words were echoed by UN Secretary-General Ban Ki-moon in a video statement recorded for the movement in which he states that Earth Hour 2016 comes at a pivotal moment when the road ahead requires commitment and ambition and we all have a role to play.

To date in 2016, WWF's Earth Hour has been the force behind more than 1.23 million individual actions taken to help change climate change including participating in on-the-ground activities for reforestation and recycling, digital petitions for climate-friendly policy and online campaigns to promote climate awareness and action.

As part of the "Donate Your Social Power" campaign, supporters around the world also donated their social feeds to WWF and Earth Hour to shine a light on climate action. With automated posts and custom Earth Hour profile pictures appearing in personal newsfeeds worldwide, supporters helped spread awareness and action on climate across a potential social reach surpassing 18.7 million people.

"As the world stands at a climate crossroads, Earth Hour has ensured that the demand for climate action echoes across the globe, from glass skylines to digital timelines," said Das.

As the hour rolls to a close in Cook Islands today, WWF and Earth Hour teams around the world will continue to empower individuals, communities, businesses and governments to be a part of critical climate action for sustainable food and agriculture, climate education, conservation projects, renewable energy and climate-friendly legislation. Strengthened by the support shown this weekend, teams will renew the charge to tackle issues such as sustainable palm oil practices in Southeast Asia, a transition toward renewables in Sweden, Spain and Scotland, sustainable lifestyles in China and Chile and protecting forests and wildlife habitats in Africa and South and Central America.

Earth Hour 2016 by the numbers (based on initial estimates collected on 20 March 2016):
- record participation by 178 countries and territories;
- over 6,600 events registered on digital maps by individuals and organizations;
- 1.23 million individual actions taken to help change climate change (on-the-ground activities, digital actions and climate petitions);
- lights out at over 400 iconic landmarks including the Sydney Opera House (Sydney), Big Ben and the Houses of Parliament (London), the Tokyo Tower (Tokyo), the Empire State Building (New York), Marina Bay Sands Hotel (Singapore) and the Eiffel Tower (Paris);
- over 2.5 billion impressions of official campaign hashtags in the week leading up to and on Earth Hour (14-19 March).


Since 2007, WWF's Earth Hour has mobilized businesses, organizations, governments and hundreds of millions of individuals in over 7,000 cities and more than 170 countries and territories to act for a sustainable future. 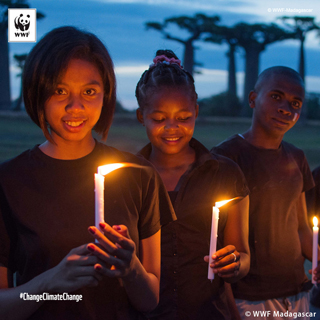 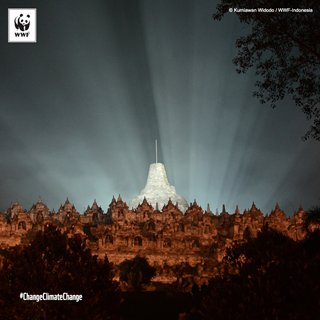 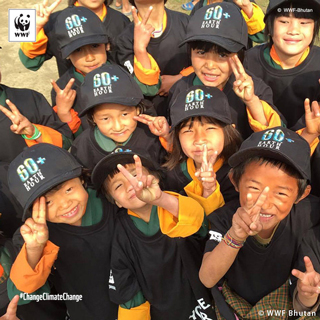 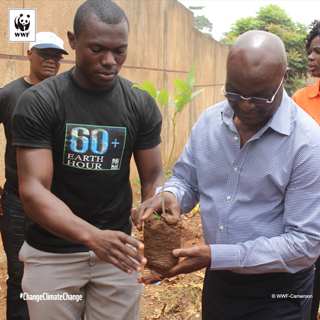 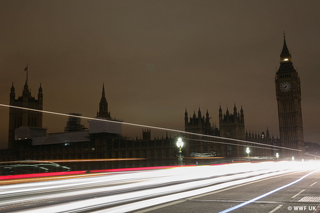