Images of two snow leopard cubs frolicking in the remote mountains of Siberia is evidence that the once decimated population is bouncing back. 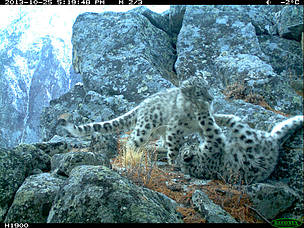 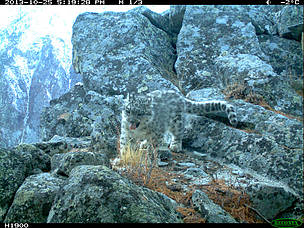 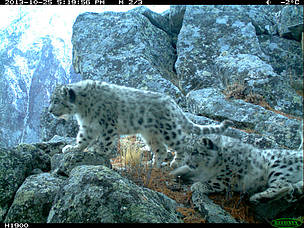 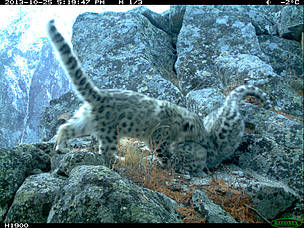 The photos from camera traps partly financed by WWF were captured in the Argut River Valley in eastern Russia.

The area is estimated to have been home to nearly 40 individuals at its peak two decades ago.

During the 1990s this population of snow leopards was almost entirely destroyed by poachers.

In 2011 WWF-Russia in collaboration with a number of other organisations including the Altai Project and Snow Leopard Conservancy, launched a project on snow leopard research and restoration in the Argut River Valley.

Several expeditions organized this year by the project proved that at least five to eight snow leopards currently inhabit Argut, the photos were obtained on the most recent expedition, which was organised by Arkhar, a local conservation NGO.

"These photos are the evidence of the effectiveness of our work in Altai, the snow leopards are breeding," said Sergei Spitsyn from the Altaiskiy State Nature Reserve, who participated in the expedition.

Argut and Batyr are believed to be less than one year old and are significant as they indicate that the population of snow leopards in the Argut Valley can be restored.

An ex-poacher retrieved the images from the camera traps. He now works in collaboration with WWF and other organisations to conserve snow leopards by checking and maintaining camera traps and searching the area for snares.

There are up to 6,000 snow leopards in the wild across 12 countries, but its numbers are gradually declining, with hunting and habitat loss among the contributors to its endangered status.

Stretching across Russia, Mongolia, Kazakhstan and China, the Altai-Sayan ecoregion is one of the last remaining untouched areas on earth and is identified by WWF as a key global ecoregion.

Being a flagship species in this ecoregion, snow leopard conservation is a key target for WWF in this protected area.