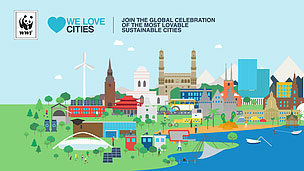 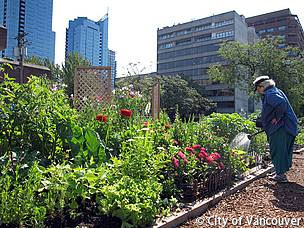 Cities around the globe have received special recognition by WWF for impressive actions on climate change.

Thirty-four finalists from 14 participating countries were selected from among the 163 entrants in this year's Earth Hour City Challenge (EHCC). An expert jury will now review the actions and commitments reported by these cities and ultimately identify one sustainability leader per country for the National Earth Hour Capital Awards to be presented on 27 March in Vancouver, Canada.

The EHCC project aims to mobilize action and support from cities in the global transition towards a sustainable future powered by renewable energy.

"It's very inspiring to see the increasing number of cities striving to reduce their dependence on fossil fuels and making great strides in the transition towards a renewable energy future", says Carina Borgström-Hansson, PhD, Lead for WWF's Earth Hour City Challenge.

"Despite their commendable efforts, cities can't do it alone. If we are to protect the world from dangerous climate change while meeting human needs, a radical shift in investment must take place. In addition to local governments, national policy-makers, businesses and major financial institutions must be a part of this transition", says Borgström-Hansson.

WWF has worked closely with ICLEI - Local Governments for Sustainability, in mobilizing cities to join the challenge and enabling their reporting through carbonn Cities Climate Registry (cCCR).

"As a Main Partner, ICLEI is proud to support WWF's Earth Hour City Challenge as it grows to become an essential global initiative for rewarding cities' sustainability achievements through the active participation of our Member Cities, Regional Offices and through our global reporting platform, carbonn Cities Climate Registry," says Gino Van Begin, Secretary General of ICLEI.

These 34 cities are considered contenders for the title Earth Hour Capital 2014 for having demonstrated a sincere commitment to the creation of sustainable cities:

We Love Cities WWF encourages people all over the world to show their support for the impressive efforts that cities are making towards sustainability, and to participate in the We Love Cities campaign, which goes live today. Web visitors are invited to vote for their favorites among the 34 finalist cities, and to share the favorite aspects of these cities via photos and videos. Visitors are also welcome to submit suggestions for how the cities can become even more sustainable.