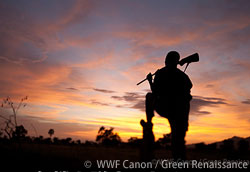 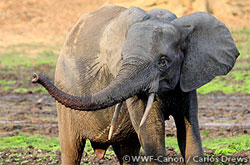 CNN released a series of reportage describing how local villages in the Republic of Congo had been involved in poaching elephants and illegal trading of ivories. The story highlights;

The non-profit group African Parks -- which runs Odzala -- estimates that Central Africa has lost 62% of its forest elephant population in the last decade. This is due to the accelerating global illegal wildlife trade.

One of the video clips (the third one, titled "Ivory demand fuels elephant poaching") also features a story of Lobeke National Park in the south east of Cameroon.

The rangers and staff of WWF in this footage are the ones with whom WWF Japan have been working in this past year and a half.

There is also an important link about illegal ivory trade at the end of the story; China crushes tons of confiscated ivory