A giant flying squirrel, a skydiving gecko, a fish that mates head-to-head, and an eyeless cave-dwelling spider are among the 367 new species revealed by scientists in the Greater Mekong region in 2012-2013, and described in WWF's new report, Mysterious Mekong.

WWF released the report on World Environment Day, highlighting creatures both bizarre and beautiful. Among the 15 species highlighted is a new species of flying squirrel (Biswamoyopterus laoensis), discovered based on a single animal collected from a bush meat market in Laos. With its distinctive red and white fur, the Laotian giant flying squirrel is also the first record of the genus from Southeast Asia.

In Cambodia, a new warbler was found hiding in plain sight in the capital Phnom Penh. The Cambodian Tailorbird (Orthotomus chaktomuk) was first spotted in 2009 during routine checks for avian flu. Subsequent tests -- from the bird's plumage to its song and genes -- formally identified O. chaktomuk as a new species. 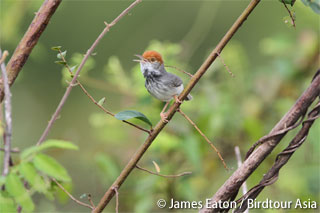 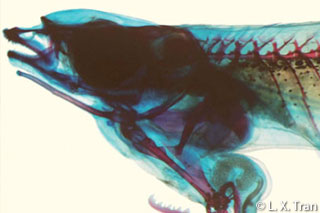 "The species discoveries affirm the Greater Mekong as one of the world's richest and most biodiverse regions," said Dr Thomas Gray, Manager of WWF-Greater Mekong's Species Programme. "If we're to prevent these new species disappearing into extinction, and to keep alive the hope of finding other fascinating creatures in years to come, it's critical that governments invest in conservation and green growth strategies."

In Vietnam, a peculiar-looking bat was first seen in 2008 on Vietnam's Cat Ba Island, but it wasn't until later, after catching some of the bats, that a team of researchers found out it was a previously unknown species. Griffin's leaf-nosed bat (Hipposideros griffini) is recognised by its grotesque, fleshy nose that assists in echolocation, the sonar-like ability bats use to help them navigate.

Also discovered in Vietnam is a tiny, almost transparent, fish with a very complex anatomy. Phallostethus cuulong bears its sex organs just behind its mouth. It mates head-to-head, with the male using its "priapium" to hook onto the female.

Among the 21 new amphibian species documented in the report is Helen's Flying Frog (Rhacophorus helenae), discovered less than 100 kilometres from Ho Chi Minh City in Vietnam. The huge green frog managed to evade biologists until recently by gliding between treetops -- using its large, webbed hands and feet -- and only coming down to breed in rain pools. Helen's Flying Frog was found in a patch of forest surrounded by agricultural land, highlighting the urgent need for conservation in lowland forests.

"Lowland tropical forests are among the most threatened habitats in the world due to human pressures, such as logging and degradation," added Dr. Gray. "While Helen's Tree Frog has only just been discovered, this species, like many others, is already under threat in its fast shrinking habitat."

Another high flyer is a new species of parachute gecko (Ptychozoon kaengkrachanense), discovered in the montane evergreen forest in western Thailand's Kaeng Krachan National Park. The camouflage-patterned gecko extends flaps of skin on its flanks and between its toes to help it glide down from branch to tree trunk.

"Kaeng Krachan National Park is within one of the least explored areas in Southeast Asia - a transboundary wilderness with adjacent areas in Myanmar," added Dr. Gray. "It's the beating heart for species recovery in Thailand and Myanmar, hosting one of the world's most significant tiger populations. Discovering new species here confirm the importance of conservation efforts by WWF and partners in this awe-inspiring place."

In a cave in Laos, Dr Peter Jäger discovered a new species of huntsman spider (Sinopoda scurion), the first of its kind in the world without any eyes. The regression of the spider's eyes is attributable to living permanently without daylight.

Mysterious Mekong spotlights 15 species newly identified by science among the 290 plants, 24 fish, 21 amphibians, 28 reptiles, 3 mammals and 1 bird all formally described as new species in 2012-2013 from the Greater Mekong. This region spans Cambodia, Laos, Myanmar, Thailand, Vietnam and China's south-western Yunnan province. Since 1997, an incredible 2077 new species have been newly described by science in the Greater Mekong. 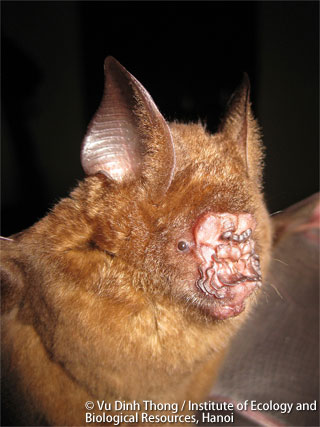 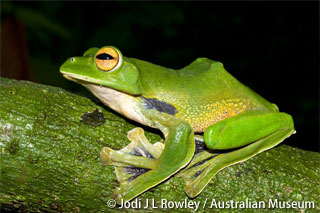