With wildlife populations cut in half, governments need to redouble efforts

Gland, Switzerland -- A status report on biodiversity protection efforts shows that serious action is required to reduce pressures on natural systems and prevent continued decline of wildlife. The report was released on Monday at the opening meeting of the Convention of Biological Diversity in Pyeongchang, South Korea.

The report, the fourth edition of the Global Biodiversity Outlook, shows that some gains have been made toward meeting global targets for biodiversity protection. However, WWF is concerned that in most cases progress will not be sufficient unless urgent action is taken. 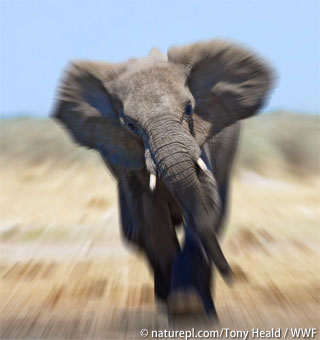 "Governments must supercharge efforts to fulfill their promise to strengthen protections for nature by 2020," said Susan Brown, WWF Director of Global Policy. "CBD, its parties and all stakeholders cannot afford to fail. This meeting must break down barriers to generate the willpower and resources to protect what little remains of our natural world."

In 2010, parties to the Convention on Biological Diversity adopted a strategic plan and the Aichi targets, a set of 20 goals aimed at stemming species and habitat loss by 2020. According to today's report, a target to reduce human impacts on coral reefs and other ecosystems impacted by climate change or ocean acidification will not be met by its 2015 deadline. 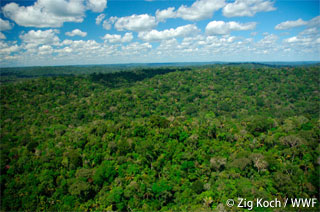 The natural essentials of life - the ocean, fresh water, forests - are generally valued at zero when governments do their national bookkeeping," said Brown. "We flip from apathy to panic when those same natural systems are damaged and the true economic and social costs of biodiversity loss are revealed. We need to invest in our natural infrastructure before we suffer its irreversible loss."

Last week, WWF's Living Planet Report 2014 found that global wildlife populations have declined, on average, by 52 per cent in the 40 year period since 1970. According to the WWF report, freshwater species have suffered losses almost double that of land and marine species. The majority of these declines are coming from tropical regions, with Latin America enduring the most dramatic drop.

According to the WWF report, the biggest recorded threats to biodiversity come from the combined impacts of habitat loss and degradation. Exploitation of wildlife and climate change are also significant threats.

"The Living Planet Report and the Global Biodiversity Outlook highlight the dramatic changes we have seen in wildlife, both on land and in water. As societies rapidly develop, it is critical to integrate biodiversity goals into national efforts to address poverty eradication, food security, water, health, and energy," said Brown

At the current round of meetings in South Korea, WWF is calling for the expansion of protected areas that are critical to safeguard natural places and wildlife. Emphasis should be placed on coastal systems that are connected to local livelihoods and food security. WWF is also asking governments to focus on halting deforestation and other habitat loss.

"Governments continue to work against their own interests by providing tax breaks and subsidies for nature-busting programmes," said Brown. "We need to update and deliver national plans, at least double international funding for nature, and put in place financial incentives for protecting the natural foundation to the societies we want to build."