Gland, Switzerland - China's new climate plan confirms that the country will peak its greenhouse gas emissions by 2030, and sends a strong message to other countries to do more on climate ahead of this year's negotiations for a new global climate deal.

China is now the world's largest emitter of greenhouse gas emissions, but its cumulative, historical emissions still lag behind those of the EU and the US.

"This is the first major developing country emitter to set a total emissions peak target. In doing so, China has committed to both global climate security and to a transformational energy transition at home," says Smith. "We emphasize the importance of the fact that China has made commitments beyond its responsibility as a developing country. But we hope that China will continue to find ways to reduce its emissions, which will in turn drive global markets for renewable energy and energy efficiency."

China has also committed to increasing its national share of low carbon energy to 20 per cent by 2030. "China's plan includes carbon intensity reduction of 60 per cent to 65 per cent by 2030 from 2005 level, and increasing the size of Chinese forests, since forests store CO2 and this target, along with domestic enabling policies as China did in the past, will further ensure China's total emission to be on track to quickly plateau and peak earlier as it aspires," says Sze Ping LO, CEO of WWF-China.

"China has broken the mold for climate pledges by explaining not only what it will do but also how it will implement its plans. These commitments will be enforceable on the national level. The government has included an implementation roadmap, with the relevant domestic legislative process that will make the targets legally binding," says LO.

China's decision to further enhance cooperation among developing countries, and the establishment of the South-South Cooperation on Climate Change Fund, could serve as a new source of finance for developing and vulnerable countries to enhance the implementation of their climate plans, opens up new possibilities for climate finance.

"A new global climate deal needs to be equitable and fair. In practice, one of the things that means is more finance and technology from developed countries to assist developing countries in taking climate action and responding to the impacts of climate change. We are still waiting for developed countries to show how they will deliver their commitment of US$100 billion per year in climate finance by 2020. The offer by China should give them an incentive to start delivering," says Smith. 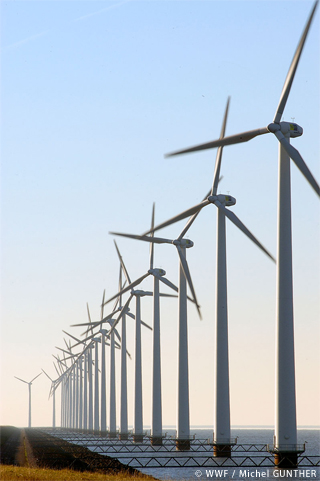