KUALA LUMPUR, Malaysia - On Global Tiger Day, Bhutan announces that it is home to 103 tigers, an increase on the previous estimate of 75. However, WWF warned that Southeast Asia was facing a crisis, which could see tigers extinct across the region.

Bhutan's first national tiger survey, conducted entirely by Bhutanese nationals, puts Bhutan on the list of tiger champions, along with Nepal, India, Russia and Bangladesh, as countries to have carried out national tiger surveys, a crucial step in the Tx2 goal to double wild tiger numbers by 2022.

'The roaring success of Bhutan's first ever nationwide survey gifts us a rare look into the lives of the magnificent tigers roaming across the entire country," said Dechen Dorji, WWF Bhutan Country Representative. "This is an incredible achievement with great teamwork and leadership from the Royal Government of Bhutan."

Bhutan's results come days after Bangladesh released numbers from its first national tiger survey. The survey found 106 wild tigers, a lower figure than the previous estimate, but that figure was based on less reliable methodology that may have led to an overestimation. This is Bangladesh's first systematic tiger survey including the use of camera traps and highlights the essential need for all countries to systematically count their tigers. However, many Southeast Asian countries are still not taking this step.

"There is a tiger crisis in Southeast Asia. Countries are not counting their tigers and are at risk of losing them if immediate action isn't taken," said Mike Baltzer, WWF Tigers Alive Initiative Leader."Political support is weaker and resources are fewer, while poaching and habitat loss are at critical levels. Until countries know the reality on the ground they can't take the appropriate action to protect their tigers."

This year, experts from Malaysia suggested that tiger numbers have fallen from their previous estimate of 500 in 2010 to as few as 250 individuals. There are thought to be no breeding populations of tigers in Cambodia, Vietnam and Laos, and tiger numbers are unknown for Indonesia, Thailand and Myanmar.

And there is some hope: Thailand's government is meeting to assess the status of the country's wild tigers, the Malaysian government recently announced its intention to conduct the first national tiger survey, and the Cambodian government is discussing the reintroduction of tigers, with WWF's support.

Tigers are endangered. The last global estimate in 2010 put numbers at as few as 3200. Today wild tiger numbers are unknown, although all tiger countries have committed to issuing a new global tiger figure in 2016, the halfway point under Tx2.

Poaching is the greatest threat to wild tigers today. Along with ivory and rhino horn, tiger parts are in high demand in Asia. It is feared that countries not carrying out national tiger surveys could lose their tigers to poachers without realizing. This may already be the case for some countries.

In January this year, India released its latest tiger census results showing an increase to 2,226 from 1,706 in 2010. In May, Russia's latest survey found as many as 540 tigers, while Nepal's last survey in 2013 found that tigers had increased from 155 in 2008 to 198. There are positive indications of tigers settling and breeding in northeastern China.

National tiger surveys are expensive, labour intensive and often take place in difficult terrain with challenging weather conditions. All these factors are barriers to governments completing the work. However, the returns outweigh the investment and NGOs are willing to work with governments to share technical expertise and explore potential funding sources. 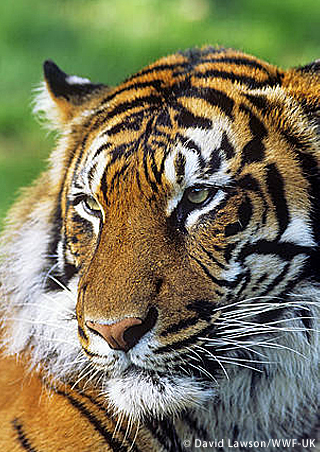 For further information on Bhutan and the crisis in Southeast Asia