Faced with an unprecedented surge in wildlife crime, the UN today adopted a historic resolution committing all countries to ramp up their collective efforts to end the global poaching crisis and tackle the vast illegal wildlife trade.

Initiated by Gabon and Germany and co-sponsored by 84 other nations, the UN General Assembly resolution, Tackling the Illicit Trafficking in Wildlife, is the result of three years of diplomatic efforts and is the first time that every nation has acknowledged the seriousness of wildlife crime and the urgent need to join forces to combat it.

"The UN resolution marks a new phase in the fight against wildlife crime, which is threatening countless species with extinction while jeopardizing national security and sustainable development," said Marco Lambertini, Director General of WWF International. "This landmark resolution proves that ending wildlife crime is no longer just an 'environmental' issue and not just limited to a few countries: it has become a priority for every nation."

With elephant populations collapsing in Mozambique and Tanzania and record numbers of rhinos being killed in South Africa, the poaching crisis is clearly undermining global conservation efforts. But the UN resolution also spells out the broader effects of wildlife crime, which undermines good governance, the rule of law and the well-being of local communities as well as financing criminal networks and funding armed conflict.

"Just weeks before the UN meets to finalize the Sustainable Development Goals, it is significant that every country has signed up to tackle the growing threat organized wildlife crime poses to sustainable development," said Lambertini.

Recognizing that only a comprehensive approach can curb the current crisis, all 193 UN member states agreed to enhance regional and international cooperation along the entire illegal wildlife trade chain, including measures to stop the poaching, trafficking and buying.

Along with strengthening judicial processes and law enforcement, the resolution encourages countries to actively involve local communities in the fight against the illicit trade by enhancing their rights and capacity to manage and benefit from wildlife resources.

"Nepal has already proved that this comprehensive approach works, having achieved three years of zero poaching of rhinos since 2011 thanks to a combination of high-level political will, dedicated rangers, and genuine community participation - now it is up to other countries to follow Nepal's lead and the measures outlined in this historic resolution," said Elisabeth McLellan, Head of the Wildlife Crime Initiative, WWF International.

Attracted by the relatively low risks and high returns, organized crime networks have muscled their way into the illegal wildlife trade, bringing with them more sophisticated poaching and trafficking methods - and greater violence and corruption.

In response, the resolution highlights the transnational and organized nature of crimes that impact the environment and stresses the need for countries to counter corruption and address money laundering linked to wildlife crime.

"If countries fully implement the resolution, wildlife crime will become far riskier and far less rewarding," said McLellan. "The resolution's strong reporting mechanism should ensure that real progress is made and that any critical gaps are effectively addressed."

Starting in 2016, the UN secretary general is tasked with presenting an annual report on global wildlife crime and countries' implementation of the resolution, together with recommendations for further action. Already lined up for debate next year is the possible appointment of a special envoy - a move that WWF believes would promote greater awareness and help hold countries to account.

"WWF has played a key role in shifting global attitudes towards wildlife crime over recent years, highlighting its impact on communities and on dwindling populations of elephants, rhinos, tigers and other species," said Lambertini. "WWF will now focus on assisting countries in their crucial efforts to implement the resolution and help end the terrible global scourge that is wildlife crime, once and for all." 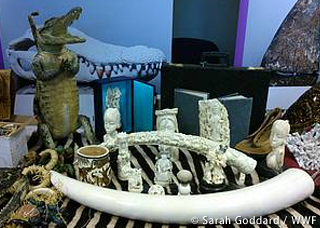 All 193 UN member states agreed to enhance regional and international cooperation along the entire illegal wildlife trade chain, including measures to stop the poaching, trafficking and buying. 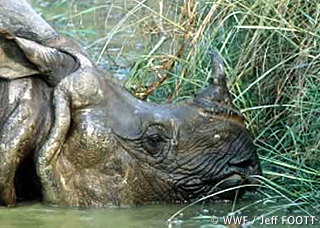